That is all I keep going on about lately and about how crucial it is for you as a business when using Social Media.

I have also nagged anyone who will listen about how images receive far more engagement on average than a plain old text post or update.So when Twitter recently announced that it was now going to include images within its news feed I got quite excited! (Yes I know I need to get out more!) Previously you needed to click on a link to view any images or videos that were attached to the Tweet…not any more.

Getting your Tweets to stand out!

Just look at the image below to see how you can now make your Tweet stand out from the crowd. 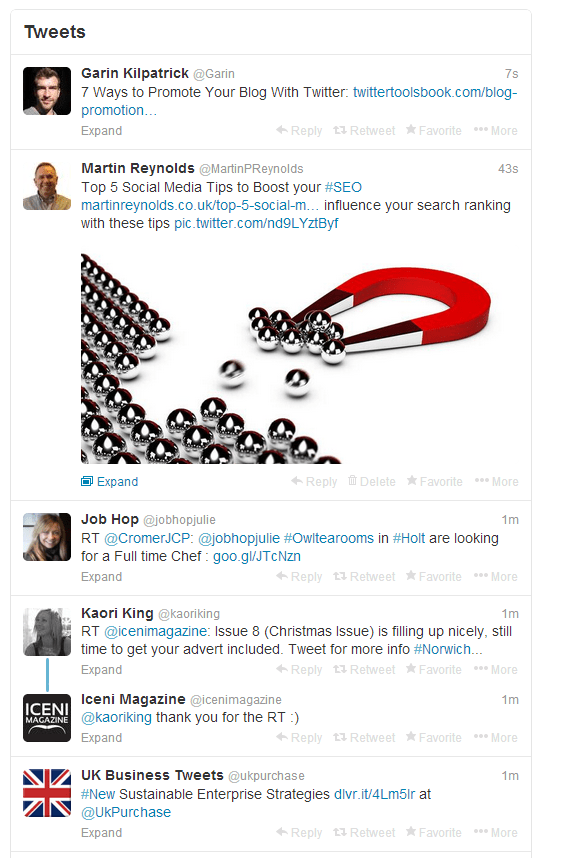 As you can clearly see my Tweet using Twitters new images now draws the eye and stands out from the other Tweets above and below and as a recent study by Buffer has shown will more than likely receive more engagement, so more Retweets, more replies and hopefully attract more followers. 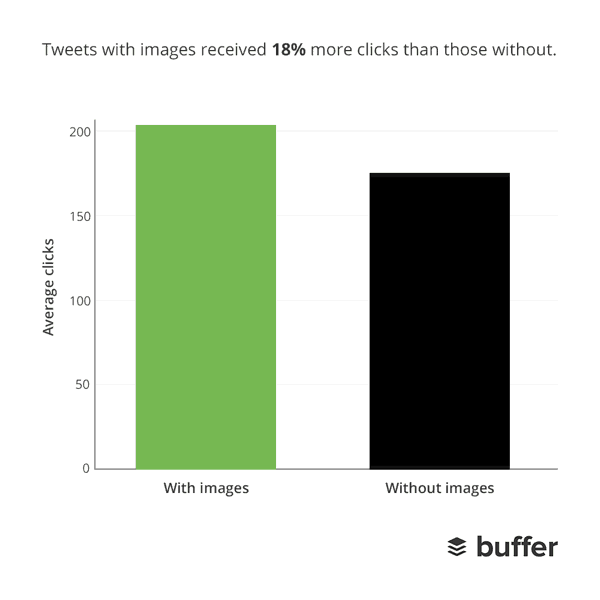 It also works well on the Twitter app as a preview is shown and the user just has to tap on the preview to view the image in full. A number of businesses are using this to good effect already and I have had a few ideas on how this can really work for me personally as a business owner. You can read the full article by Buffer here.

In my opinion it now makes Twitter look far more appealing, however I am concerned that this could eventually just become an advertisement stream in the future. So what does this mean to you as a business and how can you benefit from this?

What does it means to you as a business?

As a business it now means you can promote your products and services in a far more appealing way, plus you can get to say more as the old saying goes…”a picture paints a thousand words” and to think you thought you were restricted to 140 characters!

You could create an infographic and add 3 or 4 tips to an image, how could you possibly squeeze those many tips in to 140 characters?

You could get the personal side of your business across with pictures of your team, your premises or even the pet dog! Try using images where your products are being used or pictures of locations where you are working. The opportunities are endless!

By adding a short piece of text and a link to a relevant web page along with the increased engagement it will mean that you will be influencing the way Google ranks your website, it will also drive more traffic to your site, increase the number of followers and hopefully generate more sales leads. You are now able to produce content that can contain far more information about you, your business and your products.

As you will see from Buffer`s research the following happened:

As with all Social Media and not just Twitter you will find generally that visual posts or updates that include images or video clips will on average receive far more engagement than a text post. My advice would be to try a mix on Twitter of standard text posts and then try a few Tweets with an image or a video and monitor the results. If you have a tip or two try creating an image with the tip included rather than just posting the tip as text.

Get creative and try developing your own images or infographics, you don`t need any expensive software to do this. Try the following and see how you get on.

So come on get creative not just on Twitter but all your Social Media channels and watch the increase in engagement!

Let me know how you get on.