Why not just call me Mystic Martin?

Why not just call me Mystic Martin?

Earlier this year I predicted that Facebook Groups would become even bigger and that some of the functionality from Facebook business pages would start to be incorporated in to Groups…and guess what?

Yes, Mystic Martin was spot on!

Last month Facebook announced they were going to roll out some major changes for admins of Groups on Facebook, so if you are an admin of a Group you may have seen some new features recently pop up. But, what are they and how are they going to help you?

As an admin of a few Groups myself my biggest gripe was the lack of any type of metrics so that I could measure any success, or lack of it, within the Group. Well, did Facebook listen to me? Probably not! But they have listened to many other Group admins and this week I have seen Insights feature added to my Groups (Well, only on mobile as I speak, but I am sure it will come to desktop very soon). 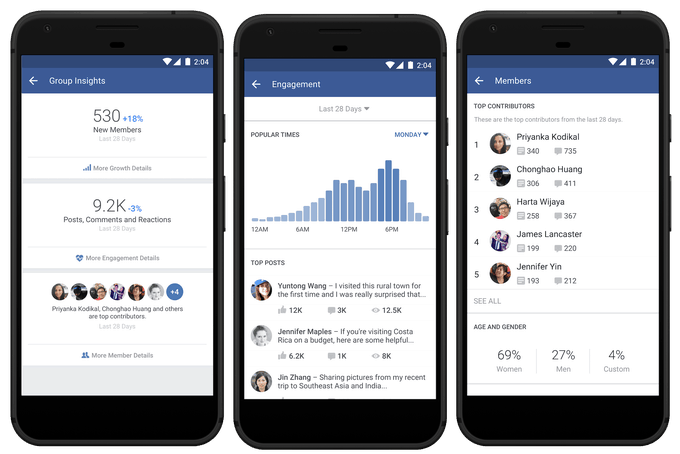 So, what`s been added?

The new Group Insights will give you as an admin access to real-time metrics around your Group`s growth and engagement. Thanks to the image from TechCrunch above, you can see examples of the specific information that will be available to you:

New Group Members: How many new Group members have been added in the past 28 days, with stats for how many members have been approved, how many declined and blocked, as well as any pending requests to join (depending on whether it is a Open, Closed or Secret Group). You will also see the percentage of growth within that 28 period, although this can be changed to 7 days or 60 days.

Posts, Comments and Reactions: You can now view the total number of posts, comments and reactions, and how that compares to the prior period. Again, you can select from 7. 28 or 60 days periods.

Popular Days & Times: You also now have access to stats charting activity level by time of day and day of the week. As an admin this can help you determine the best time to post content or host group events.

Top Posts within the Group: You will also now see a collection of the Group posts that received the most likes, comments and views during the selected time period. Take a look at these and see why those posts were so successful and create future content around these posts.

Top Members & Contributors in your Group: You now have like a Top 10 list of members who contributed the most posts and received the comments during the past 28 days. This could be an opportunity to recognise those who contribute most to your Group.

Age and Gender: A breakdown of your membership by age and gender. I think this could help influence how you market, run ad targeting, and communicate with, and about, your Group. You will also see a breakdown of top countries and cities for your Group membership.

In my opinion, this has only scratched the surface but is a start. I honestly think this will evolve over time just as Facebook Insights has for business pages.

For me, Insights is the biggest change but other features that you now have access to include:

A very useful feature that allows you to bulk accept/decline requests if you have a large Group. Fake accounts & spammers are rife on some Groups so although this is uesful it is not as useful, in my opinion, as the Questions that you can create to ask potential members, for me this filters out the spammers and hackers. 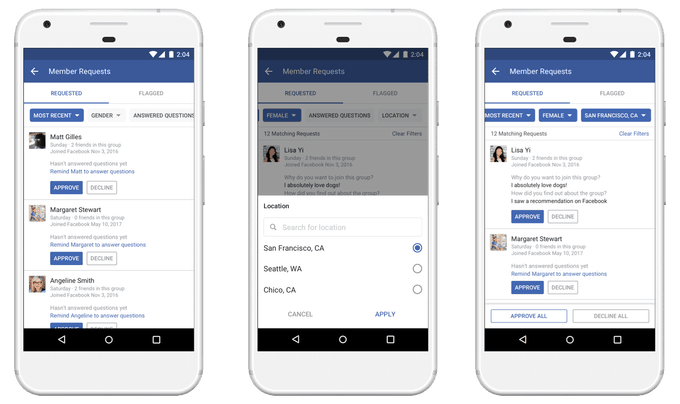 Any members that have been removed you can now clean up and remove any of their posts from the Group.

As a Group admins you can now easily do any of the following:

Wow! Can you feel that power as a Group admin!!

For years we have been able to schedule posts witihn a Facebook business page so why has it taken Facebook so long to bring this in to Groups?

A simple yet very useful tool to have as an admin. So, using your Insights for the best time and day to post just go in and schedule your posts to that Group at the optimal time and day.

You may run a Group that is linked to a larger organisations. Your Group may be connected to similar groups with overlapping memberships. Facebook now allows Group to Group linking which allows you as an admin to display suggestions of similar or related groups that your members might be interested in joining. 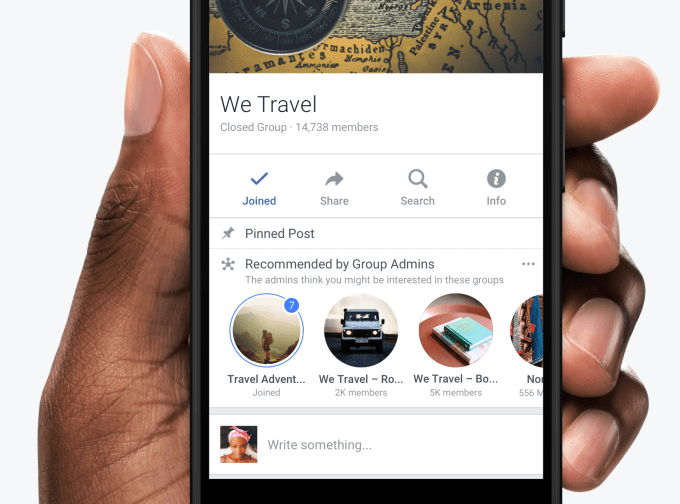 Are you a Group admin?

Do you have these features yet?

If so, what do you think?

I would certainly be interested to hear your thoughts as I am just tinkering about with them myself.

Have a great week!